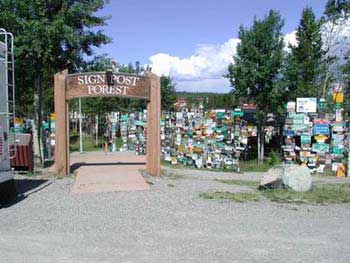 A sign here explains: "The Yukon was a distant and sometimes lonely place for the thousands of American soldiers who were sent north to build the war-time road to Alaska.
While convalescing after a vehicle accident in 1942, Carl Lindley, a 21 year old soldier with Company D, 341st Engineers, wistfully erected a sign to his hometown of Danville, Illinois. This single sign has grown into a "forest" of over 20,000 signs from cities and towns all over the world.
This international signpost collection is still growing, as visitors add over 2,000 signs a year."
Estimates when we were there in July were over 50,000 signs. Naturally we added ours. 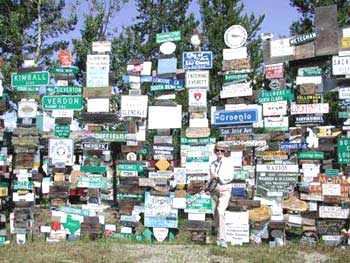 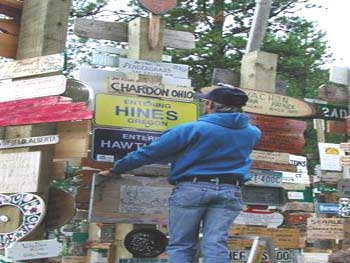 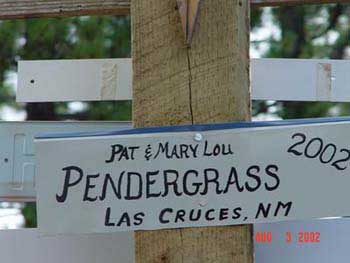 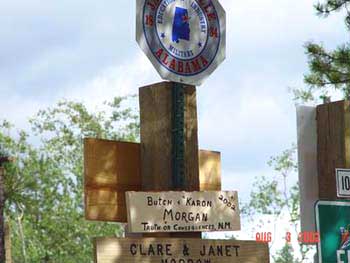 ...and scenic places to camp at night.
This is Whirlpool Canyon Territorial campground. 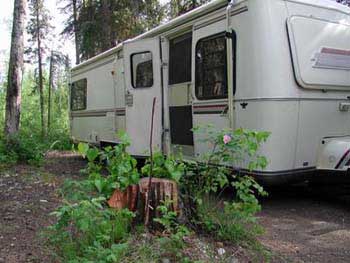 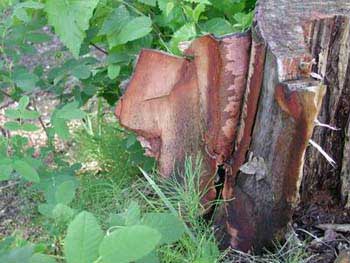 a rushing river with rapids, and ripe strawberries for Pat to eat. 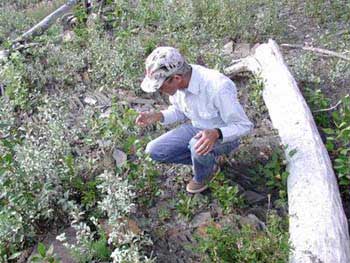 Whitehorse is the Territorial Capital and a town that celebrates its Klondike Gold Rush roots. 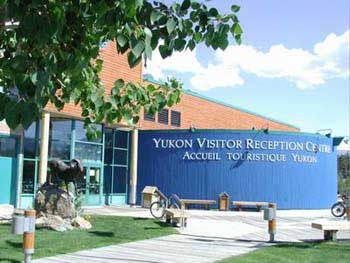 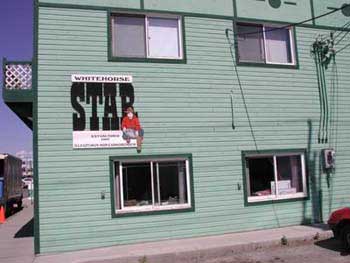