Pictures taken in Haines and Skagway 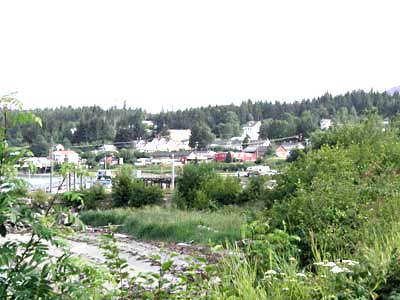 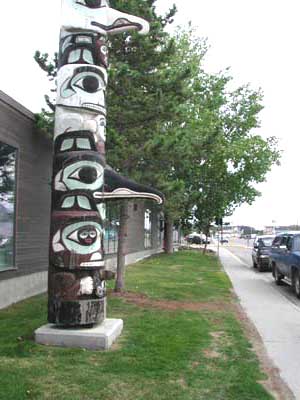 Inside the Bald Eagle Foundation building, a wonderful display of Alaskan wildlife 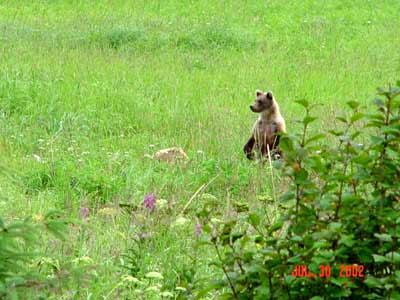 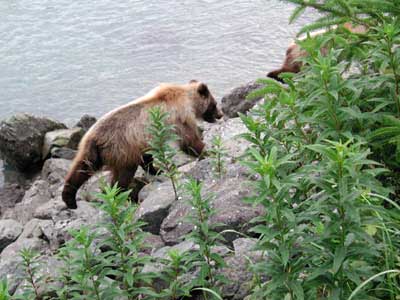 "I don't have to outrun this grizzly, just the other fellow" 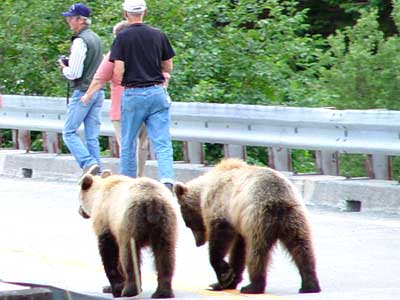 Waiting for the ferry from Haines to Skagway 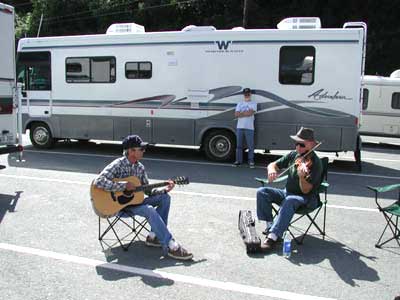 And here it comes! 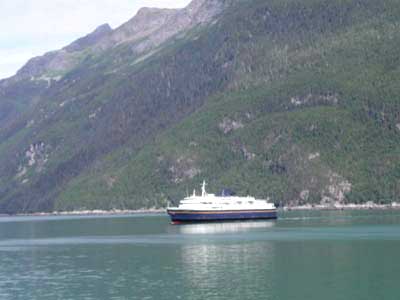 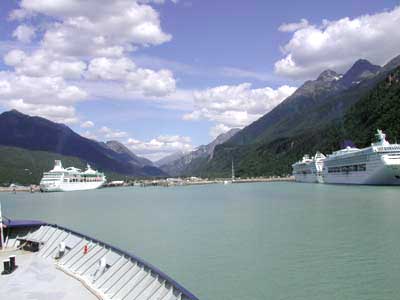 Skagway, one of the most visited towns in Alaska,
makes the most of its Gold Rush history 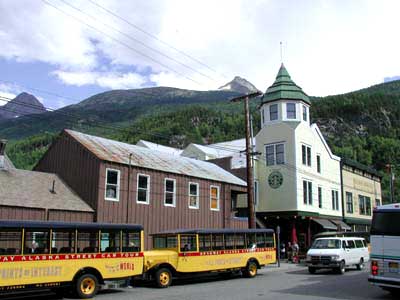 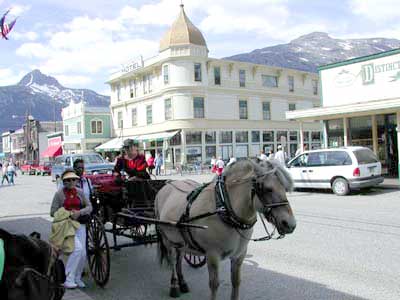 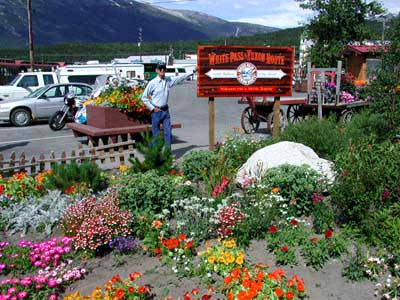 Buckeye Donahue sharing Robert Service, the Arctic North's "poet laureate", at the National Forest Service auditorium. He's a high-energy performer with an enthusiastic way of bringing the audience right into his performance. 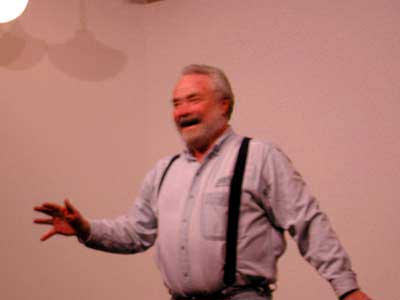 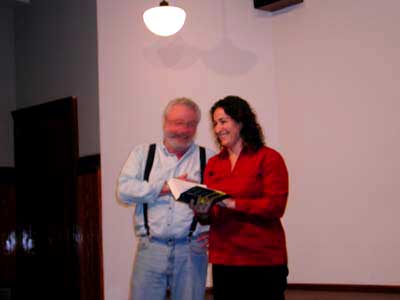 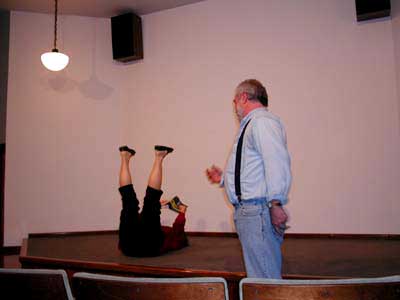 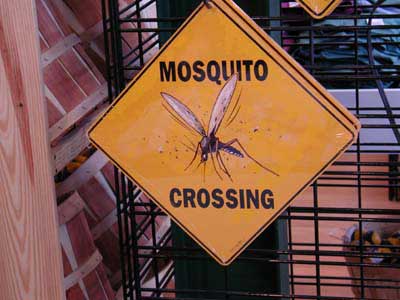